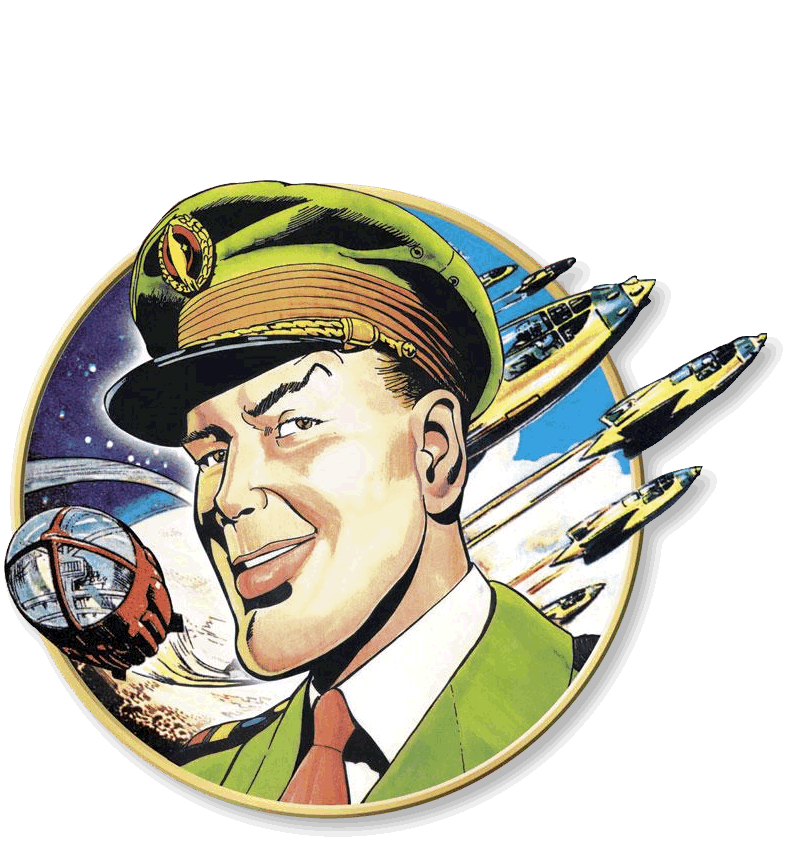 ...of being launched, the comic, which consisted of 20 pages, 8 of which were in full stunning colour, was selling nearly 1 million copies per week.

The original artwork was drawn in bright innovative colours and the printing process was totally new and unique. Eric Bemrose Engineers and Printers in Liverpool built a ten-bank rotary printing press which was built in twelve weeks. 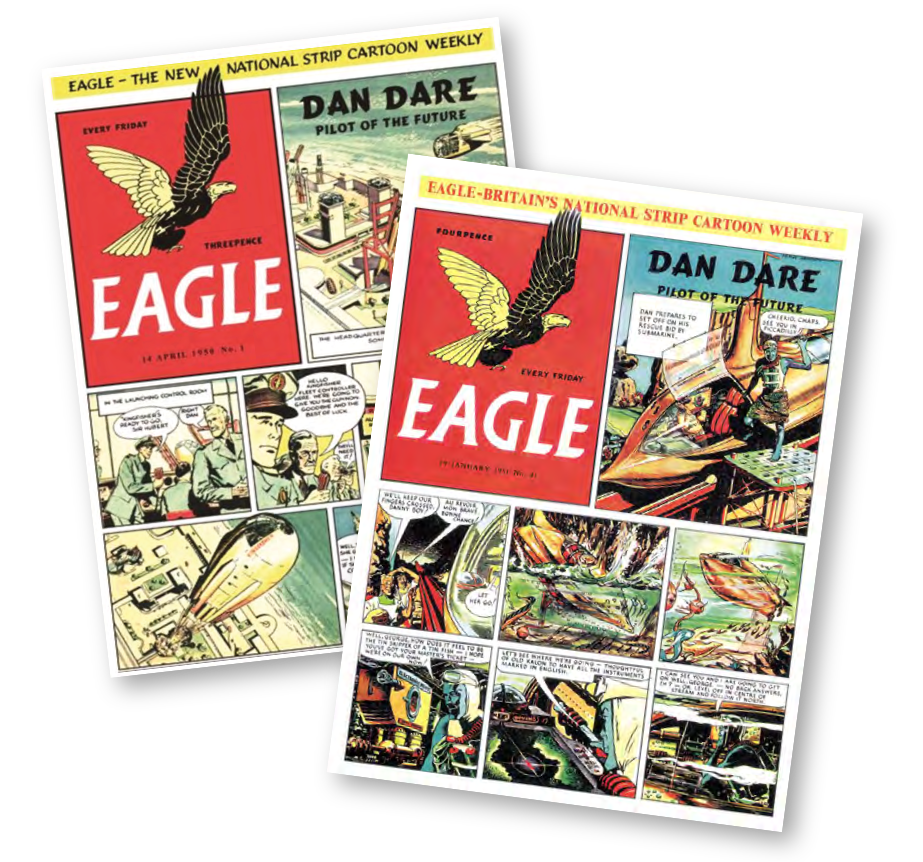 THE MOST SUCCESSFUL BRITISH COMIC EVER PUBLISHED

This is the remarkable story about the Classic Superhero Comic, The Eagle, (1950 – 1969) a legend in the history of comic book publishing. The Eagle and its full colour front page featuring Dan Dare - Pilot of the Future, influenced a whole generation of young people.

Following a huge publicity campaign, the first issue of the Eagle Comic was released in April 1950. Revolutionary in its presentation and content, it was enormously successful, selling nearly a million copies a week, never surpassed to this day in British publishing history.

It was an exceptional comic for its time, printed in photogravure which provided the overall unique look with deep rich colours, together with the new stunning action strips.

The Eagle was created by a British Vicar, Marcus Morris, who was seriously impressed by the stunning quality of artwork in US strips such as Marvel’s Captain America and DC Comic’s Spiderman and Batman. Morris wanted to create a new comic full of action and adventure tories in cartoon form which would also convey to children the standards and morals he advocated. He did just that with Dan Dare ilot of the Future, and action strips such as Doomlord, Computer Warrior, Ghost Squad and more.

The Eagle Comic today remains a global publishing phenomenon and Dan Dare today is a British Icon! Nothing had been seen like it before and even Stan Lee the Creative leader of Marvel, was a huge admirer of the Comic and its content.

The Dan Dare Corporation Ltd purchased the global rights to The Eagle, together with the enclosed strips in 1998. Included in The Chain of Title are all Film, Television, Merchandising and ublishing Rights.

Marcus Morris, the Creator of The Eagle, was dedicated to creating a new super-quality Adventure Comic to compete against the American Titles at the time. He commented ‘I am sure the success of the Eagle (a sell-out of 900,000 copies in week one) was due to my insistence on real quality. Where The Eagle was concerned, artwork, paper, printing and the adventurous writing, set a seriously high standard and the resulting strips were simply stunning and the Comic was a sell out every week’.

The Eagle is now a Legend in the History of Comic Publishing, and this is why.... 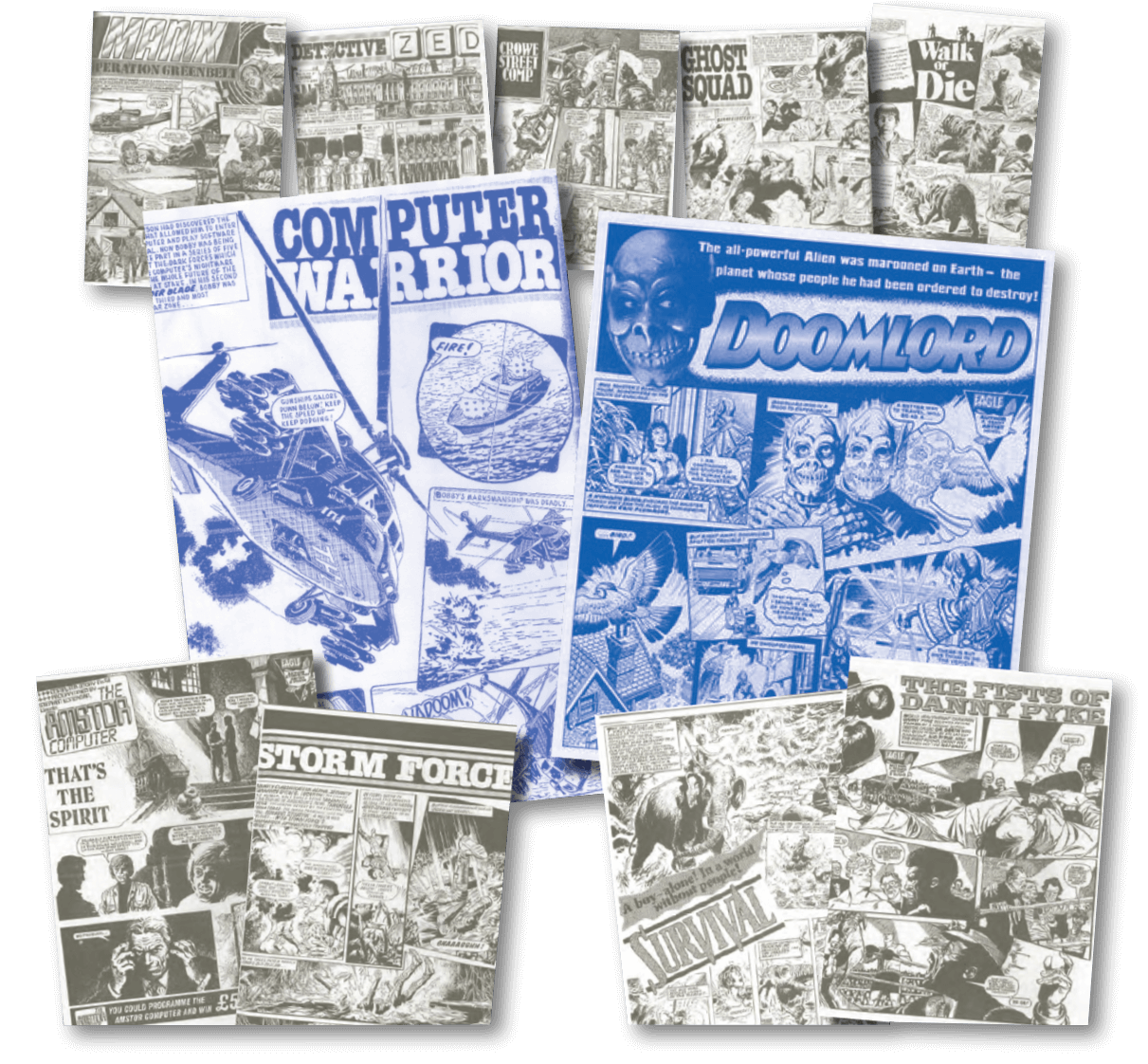